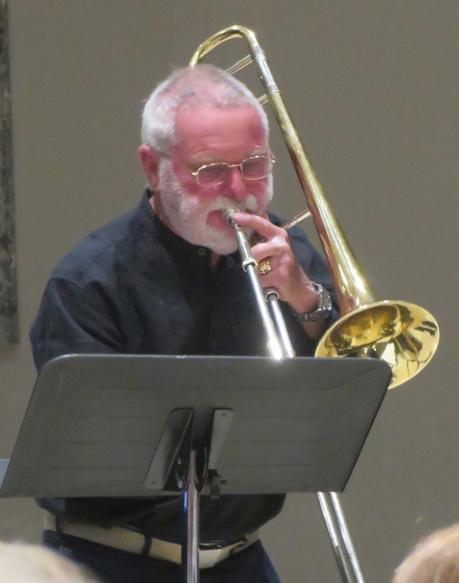 Rodney Oakes earned a BA and an MA in music form San Diego State University, and a DMA from USC. Oakes taught electronic music and directed the PACE (Program for Accelerated College Education) at Los Angeles Harbor College where he currently is an Emeritus Professor and teaches humanities and music. He also taught humanities at California State University at Dominguez Hills.

He has won numerous awards including a Rockefeller Grant; an NEA grant; a Fulbright Senior Lectureship to the Academy of Music in Krakow, Poland; and ASCAP Standard Awards since 1987. Oakes was the founding editor of Journal SEAMUS, the official journal of the Society for Electro-Acoustic Music in the United States.

As a composer, Oakes has worked in a wide range of mediums. He has created electro-acoustic music works since the 1973. Since 2010, he has created a series of videos with electro-acoustic accompaniments. Oakes has also composed a number of chamber music works, musicals, numerous works for trombone and electronics, trombone ensembles, and works for jazz ensemble. His works are published by Seesaw and Kjos. As a trombonist, Oakes has pioneered the use of the trombone combined with electronic devices. He has performed throughout the United States and Europe, and has presented solo concerts in Moscow; Warsaw and Krakow, Poland; Ghent, Belgium; Lake Como, Italy; Lyon, France; and throughout Hungary. In addition, he performs with numerous Los Angles jazz ensembles.

A number of Oakes' works are available on the Cambria, the Living Music, iii Records and Innova labels. His CD, Music for the MIDI Trombone, has received excellent reviews. His CD, Rod Plays Oakes Plays Rod (September 2003 – III Records) features the jazz quartet, OGOGO, with Oakes on trombone, performing a collection of his works for jazz ensemble. In 2008, Oakes released another CD dedicated to the MIDI trombone, Bone of Contention (July 2009, iii Records). Oakes most recent CD, Bonescape, features Oakes along with Geroge McMullen and Lane More, along with electronics. It is available on the NineWinds label.