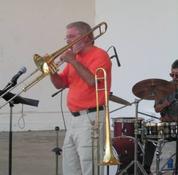 Bonescape consists of original compositions forOGOGO Bones. From 2007 to 2011, OGOGO Bones presented a series of concerts that consisted of Medieval, Renaissance, and Baroque music, plus my original works.  For the second half of the program, the group would add a rhythm section and perform jazz standards.  All of this required regular rehearsals.  In January of 2011, one of the trombonists, Lane More, moved back to his home-land, Australia.  Before Lane left, I took advantage of this unique situation and recorded my original works. It is rare to have fine musicians regularly rehearse and perform my pieces.

OGOGO bones consisted of George McMullen, Lane More, and myself.  George is an accomplished studio recording artist and jazz trombonist.  His performance experience and recording experience are truly impressive.  Lane is a fine trombonist and excellent musician, now residing in Australia.  It was a pleasure to rehearse and perform with this group.  Both were accomplished musicians with performance skills that included interpreting early music, jazz improvisation, and an understanding of new music and new music improvisation techniques.

Bonescape was released on August 2012 on the NineWinds label.  It is available on Amazon and CD Baby.

- Blues Danube on Simple Requests (Cambria CD-1088)- Blues Danube is a work for MIDI trombone and electronics that was created as a commission from the Hungarian Computer Organization.
from the Hungarian Computer Music Organization.  It was created in the Experimental Studios of Radio Magyar in 1991.  Also on this CD are works by Jeffrey Stolet, Evan C. Chambers, Peter Terry, Keith Kothman, Richard Lyons,
and Stella Sung.

- The Noble Pigeons on Mined With a Motion (Living Artists Recordings Volume 2). the Noble Pigeons was created at the electronic music studio of the Academy of Music in Krakow, Poland, during Oakes'’ residency
as a Senior Fulbright lecturer, and is also written for MIDI trombone and electronics.  In addition, on this CD are works by Violeta Dinescu, Charles Bestor, Donna Kelly Eastman, Irwin Swank, and Charles Norman Mason.

- Music for the MIDI Trombone (innova 542) contains all original works by Oakes for electronics and MIDI trombone.

- Live in Your Bedroom featuring OGOGO (innova 521) – Here are original works by Oakes and Igor, featuring Oakes on MIDI trombone and Igor on guitar.  This CD is the beginning of OGOGO.

What The Critics Are Saying: 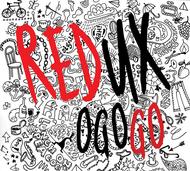 - Rod Plays Oakes Plays Rod (iii Records 032693) is a straight ahead jazz compilation of original songs by Oakes and performed by OGOGO. 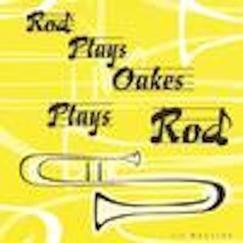 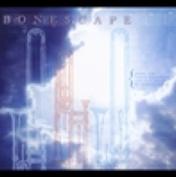 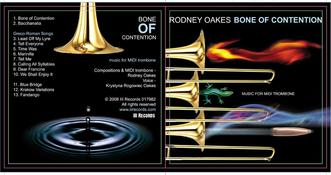 Rodney Oakes has done pioneering work in combining the trombone and electronic devices.  The MIDI (Musical Instrument Digital Interface) trombone uses the trombone to control synthesizers and other MIDI hardware or software with a pitch-to-MIDI converter.  In effect, the sounds on this CD are the result of the combination of an acoustic trombone and synthesizers.  The trombone is the message, messenger, and the medium.

Fantasy II for Buccina is a combination of the old and new.  The recognizable sounds of the trombone with its plunger like effects, glissandi, and falls swoop over an electronic background.  It is often like hearing a trombone through a waterfall of surging surf.  In the Three Bellagio Meditations, the Prelude utilized only a minimal MIDI manipulation as the jazz influenced trombone is heard in duet with chime-like sounds.  The Ballad uses percussive, metallic sounds in conjunction with an only slightly altered trombone.  Oakes develops a layering accompaniment and pizzacato string-like sounds as he dances with, around, and through Bellagio Blues.   Three clear notes from the trombone announce the end.  New Cracow (Nowy Krakow) is a ‘MIDI-toccata” with a fast moving, high pitched line reminiscent of electronically sped up church bells.  Various percussive injections (break drums? bongos?) are imposed over this theme of a slow moving like choral-like MIDI-trombone.  Soliloquy is written for one musician, two instruments (MIDI trombone and MIDI Alp Horn), a computer, and a synthesizer.  The Alp Horn (a nine-foot Polish folk instrument) and MIDI trombone control the synthesizers within a lonesome wind – a brooding, haunting effect.

With an opening theme reminiscent of Harlem Nocturne, Erotic rhapsody’s prayer-like chants weave their way into a statement of Amazing Grace.  The film-noir twinge of his liner notes alone are worth the price of admission.  Hilarious or offensive - it depends on your point of view.  One of the series of short works exploring the use of multiple trombones to control synthesizers, Impromptu, reminds me of B29’s lifting off Tinan.  The interval of a fifth is layered as individual notes are punched through the swirls of sound.  The devil-may-care playfulness of Mazurka for Krysia is in sharp contrast to the two closing compositions – Variations on a Song of the Buraku Liberation Movement andThrenody for the Victims of My Lai.   The MIDI trombone somehow produces the sound of gongs, kotos, Oriental flutes to state the theme f the ancient Buraku Song of Liberation.  The MIDI trombone, though in control, is hidden; there are none of the obvious trombone sounds heard in the other compositions.  The variations are a series of beautifully layered, exotic sounds.  The jazz flavored closing composition utilizes many techniques as the MIDI trombone improvises around the stated melody.  It is an emotional “trip” with the plaintive trombone seeming to ask “why?”

Rodney Oakes’ music demands much of the listener, but like so many things of value the rewards are in proportion to the effort.  From a playful “joie de vivre” to deep emotional questions, MSUIC FOR MIDI TROMBONE has much to offer.


Rodney Oakes earned a BA and an MA in music form San Diego State University, and a DMA from USC.  Oakes taught electronic music and directed the PACE (Program for Accelerated College Education) at Los Angeles Harbor College where he currently is an Emeritus Professor and teaches humanities and music. He also teaches humanities at the California State University at Dominguez Hills.


He has won numerous awards including a Rockefeller Grant; an NEA grant; a Fulbright Senior Lectureship to the Academy of Music in Krakow, Poland; and ASCAP Standard Awards for every year since 1987.  Oakes was the founding editor of Journal SEAMUS, the official journal of the Society for Electro-Acoustic Music in the United States.

As a trombonist, Oakes has pioneered the use of the trombone combined with electronic devices. He has performed throughout the United States and Europe, and has presented solo concerts in Moscow; Warsaw and Krakow, Poland; Ghent, Belgium; Lake Como, Italy; Lyon, France; and throughout Hungary. In addition, he performs with numerous Los Angles jazz ensembles.


A number of Oakes' works are available on the Cambria, the Living Music, iii Records and Innova labels.  His CD, Music for the MIDI Trombone, has received excellent reviews.   His CD, Rod Plays Oakes Plays Rod (September 2003 – III Records) features the jazz quartet, OGOGO, with Oakes on trombone, performing a collection of his works for jazz ensemble. In 2008, Oakes released another CD dedicated to the MIDI trombone, Bone of Contention (July 2009, iii Records).  Oakes most recent CD, Bonescape, features Oakes along with Geroge McMullen and Lane More, along with electronics.  It is available on the NineWinds label.